Skip to main content
Coronavirus (COVID-19) Update: Our firm is open and serving the needs of existing and new clients. Click here for more information. We are conducting drive-up and remote signings for estate planning and real estate closings.

Seller’s Remorse? You May Still Have to Sell 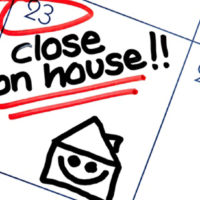 I sat in a real estate closing last month bearing witness to a young soon-to-be mother crying her eyes out because the seller had still not signed the closing documents on a house. But it wasn’t just a house. It was the first home for a young couple who were being jerked around by a foreign seller who thought nothing of trying to back out of a sale at the last minute because she had sellers remorse. Apparently, in her country, a contract to sell real estate is something that can be arbitrarily canceled on a whim and isn’t worth the paper it’s written on. No matter that the buyers canceled their current lease, made arrangements for movers and had all of their worldly belongings in storage, and had friends and family lined up to move into their new home over the coming weekend, this seller decided she didn’t want to sell, and boldly declared, “I’ve decided not to sell my house, and you can’t make me.” Enter Barrister Law Firm.

Not only can you be sued for specific performance and monetary damages for breaching a contract to sell your home, you can incur liability by even suggesting that you are not going to go through with a sale. Specific Performance is a legal cause of action where the aggrieved party can sue someone who breaches a contract and seek a court order to force the breaching party to perform under that contract. In laymen’s terms, if you and I have a binding agreement for you to sell me your home, and you then refuse to sign the documents to sell the home to me, I can ask a court to order you to sell me the home. While that circumstance is unusual, that is what happened here. The buyer and seller signed a binding contract for the sale of the home, the appraisal, home inspection and survey were all completed, and the buyer was “ready, willing and able” to close on the deal. The seller, for some arbitrary reason, decided that she didn’t want to sell, and so informed the buyer, but well past the deadline to change her mind.

Another concept comes into play here. It’s called “Anticipatory Breach”. When a party to a contract indicates that they don’t intend to perform under the contract, and even when the contract date of performance is in the future, damages are immediately incurred and the contract is considered breach at the time of the announcement to the other party that they aren’t going to perform. So here we had a situation where the contract was binding on the seller and she had no legal method of getting out of selling her home. Nonetheless, she stated in no uncertain terms that she simply was not going to close on the sale. The moment she made that statement she breached the contract and the buyer was within her rights to take legal action, which she did. Ultimately the seller signed the closing documents and the buyers have been living their new home for about a month. Needless to say, they are very happy clients.

GET YOUR FREE CONSULTATION

Skip footer and go back to main navigation