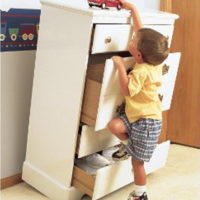 IKEA has re-announced its recall of chests and dressers following the death of a 2-year-old California boy who died after he was struck by a MALM three-door dresser that had not been fastened to the wall. The recent death now means 8 children have died from injuries caused by recalled IKEA dressers since 1989. There have also been nearly 200 reports of MALM dressers tipping over, resulting in 91 injuries, and 113 reports of other dressers tipping, resulting in 53 injuries.

In a statement published on its website IKEA stated, “The recalled chests and dressers are unstable if they are not properly anchored to the wall, posing a tip-over and entrapment hazard that can result in death or injuries to children. You can contact IKEA at 1-866-856-4532 or email: secureit@ikea.com to discuss how to participate in the recall.”

The recall affects over 17.3 million dressers.

By Matt DeBoard | Posted on January 10, 2018
« What Is A HIPAA Authorization, And How Does It Work?
Seller’s Remorse? You May Still Have to Sell »