Close Menu
Home > Blog > General > Pro Tip: When One of Your Favorites Announces a Tour, Don’t Wait Around for Tickets. Prices Will Be Brutal!

Pro Tip: When One of Your Favorites Announces a Tour, Don’t Wait Around for Tickets. Prices Will Be Brutal! 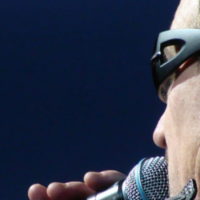 It was 30 years ago when I shivered in the blistering cold of January, 1987 at the Raymond James Stadium in Tampa where I attended my first “real” concert – U2’s Joshua Tree. To put 1987 into perspective – Reagan was in the middle of his second term in office. Crammed in with thousands of boisterous fans in the general admission area on the floor of the stadium, at 16 years of age, I had no idea how influential both U2 and that album would become. When word of this year’s Joshua Tree Tour reached me, I made a mental commitment to secure good seats – and not in the general admission area (I’m too old for that). Unfortunately, I didn’t do my homework, and waited for news that the tickets were available to the general public before I made my attempt to buy the tickets I desired.

When I went online to try to purchase relatively good lower-bowl seats I was hit right between the eyes with sticker shock, to say the least. I’m a bit embarrassed to admit to the price I ended up having to pay for those tickets. Let’s just leave it at this – I could come close to making a mortgage payment for the privilege of my wife and I attending this June’s U2 concert. It cost us nearly $1,000 for two seats that are about mid-field and mid-lower bowl. Definitely not a bad location, but a far cry from being anywhere near shouting distance to the boys from Dublin. For that right we would have had to shell out thousands of dollars per ticket.

Everything about U2 and front man Bono seems, well, right. Their political activism and popular causes sit well with me. Bono has always struck a decent chord in his efforts to use his fame to call attention to injustices in the world, and generally to ‘do good’. But let’s not kid ourselves, they have made themselves incredibly wealthy in the process. I’m not dunning them for that – more power to them – but it does sting (and more than a little) to have to pay through the nose to relive the magic that I experienced all those years ago.

I can only hope that the financial cost will be well worth it in the end. U2 lost me in the intervening years with odd strays into the likes of Zoo TV, 1997’s Pop, and more recently Songs of Innocence, but I applaud them for recognizing their roots and resurrecting a tour that made them superstars in the first place. Far from the frigid January of 30 years ago, this June will likely be sweltering in Tampa’s Raymond James Stadium, and I won’t be squished in a mob of freezing U2 fans like I was back then, but for my money I’m hoping to rekindle a bit of nostalgia, and recapture just some of the magic from what – I’m sure most will agree – was indeed “Another Time, Another Place”.

By Matt DeBoard | Posted on May 8, 2017
« What is “Foreign Body Presumption of Negligence”?
If You’re Invited to a Death Dinner, What Should You Bring? »

Google Rating
5.0
Based on 34 reviews

Louis Alcin
16:57 20 Aug 19
Allie went well above and beyond, staying after office hours working on her case. Her passion for helping individuals definitely blew me away. I would highly recommend Allie to EVERYONE! She is absolutely amazing!!!!
See all reviewsWrite a review