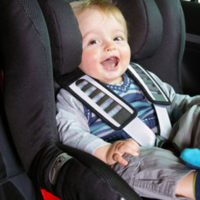 We live in a fast-paced society. Unfortunately, living in the hustle and bustle of modern-day life can leave some parents forgetting about what should be the most important thing in their lives – their children. And in Florida, that forgetfulness can be deadly. Recently, several lawmakers in Congress propounded a bill that, if approved, could help stem cases of children dying after being left alone in roasting cars. These situations happen far too often, and now our lawmakers are taking steps to try to solve the problem.

If the bill gets passed, administrative staff would issue regulations within two years that would require new automobiles to be equipped with technology to alert drivers when there is a child left unattended in a vehicle. While advocacy groups are applauding the bill and an automobile manufacturers association is in agreement with the goals, the association also cautions that the solution may not be as simple as it sounds and that educating the public will be a key factor.

Thirty-seven children on average die each year as a result of being left in overheated vehicles. Many are the children of loving and caring parents who became distracted.

Some manufacturers are already taking actions to fix the issue with the announcement of the 2017 GMC Acadia, which has a warning tone that alerts drivers to check the rear seats. The prompt appears as a flashing message on the instrument panel.

While some car makers are backing the awareness campaigns, there are still some questions regarding which technology would actually be effective and how helpful it would be. Will it be enough to eliminate the issue completely or is it a solution just some of the time? Whatever the case may be, any kind of help can be effective in preventing these deaths from occurring.

By Matt DeBoard | Posted on September 20, 2017
« If You’re Invited to a Death Dinner, What Should You Bring?
Death Dinners, Part II: The Importance of Estate Planning »