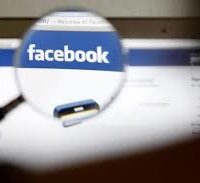 As anyone who was a friend of mine on Facebook knows, I was never a big fan of the site. In fact, about 5 years ago, after I grew tired of being friends with hundreds of people who I, frankly, was friends with in the first place (or were old high-school acquaintances that I no longer had anything in common with) I deleted my Facebook account (which, as anyone who has tried this knows, was not an easy task).

Thanks to Cambridge Analytica, the trend of deleting Facebook accounts may be on the uptick. Last Friday prosecutors for Cook County, Illinois, which encompasses the City of Chicago, filed a lawsuit alleging that Facebook violated the Illinois Consumer Fraud and Deceptive Business Practices Act. The suit seeks damages in the amount of $50,000 for each violation of the law, plus an additional $10,000 for each violation involving an Illinois resident who is at least 65 years old.

According to the website Ars Technica, six other cases are pending in federal court, while the Chicago Tribune says there are at least five pending federal lawsuits. The suits are claiming violations of user privacy and breach of duties to shareholders. The Federal Trade Commission is also investigating. One thing is for certain, the Cambridge Analytica scandal is sure to delete a sizable chunk of Facebook’s value in the short-term, and may lead to a mass exodus of users from the site.

By Matt DeBoard | Posted on March 27, 2018
« Six Mistakes to Avoid After Being Involved in a Car Accident
How Joint Owners Title a Motor Vehicle Matters »

Google Rating
5.0
Based on 37 reviews